Wednesday, January 26
Home›Review›Twitter is testing an OLED-friendly dark mode for Android – here’s how to try it
Review 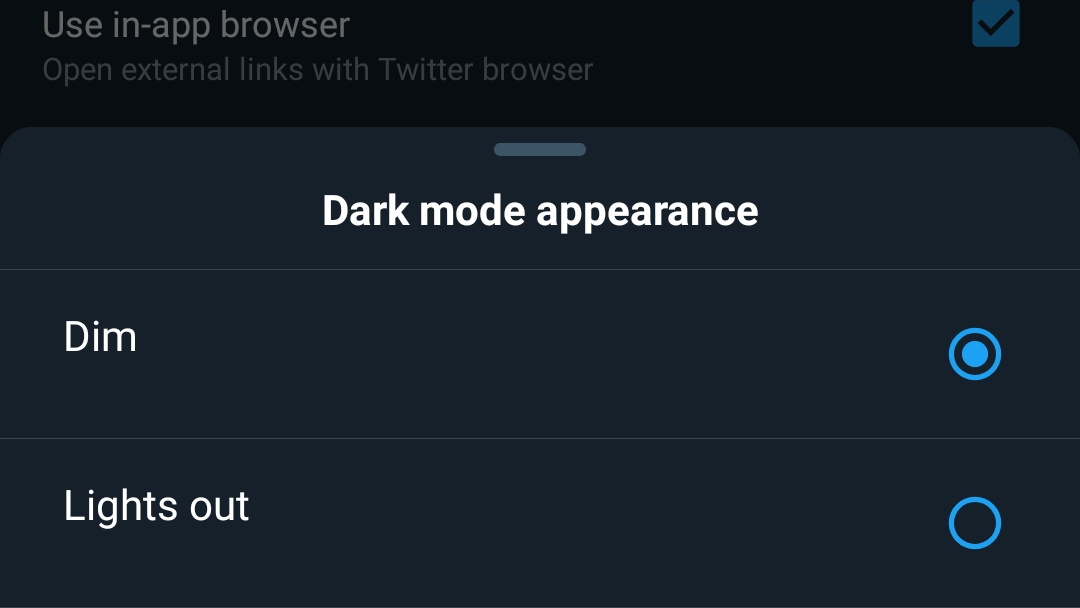 Twitter is finally bringing its OLED-friendly ‘lights out’ dark mode to Android. The setting has been available for iOS since March, and is now being offered to members of Twitter’s Android alpha program for testing.

With dark mode activated in Twitter version 8.19.0-alpha.03, it’s now possible to choose between ‘dim’ and ‘lights out’.

Twitter for Android already offers both light and a dark themes, but the ‘lights out’ option has been designed specifically with OLEDs in mind. Rather than just making the background colour darker, it actually uses a genuinely black background.

For OLEDs, true black means pixels are switched off, which in turn means lower power consumption. Saving power, saving your eyes, and having an aesthetically pleasing colour scheme is something of a win, win, win situation.

How to try it

As Android Police reports, ‘lights out’ mode appears to be dependent on a server-side change by Twitter, and is also only available in the alpha version of the app (which you can sign up for here). Some users outside the test group have reported seeing the new option after clearing the app cache, but this doesn’t seem to be universally successful.

Whether you can access the option right now or not, it is clear that Twitter is working to bring the Android version of its app in line with the iOS version, so you shouldn’t have too long to wait until there is a duo of dark modes for you to choose between. It might be a little while yet, however, Twitter originally announced this feature more than six months ago, and it will need to work its way from alpha to beta builds for further testing before it’s unleashed on the wider public.