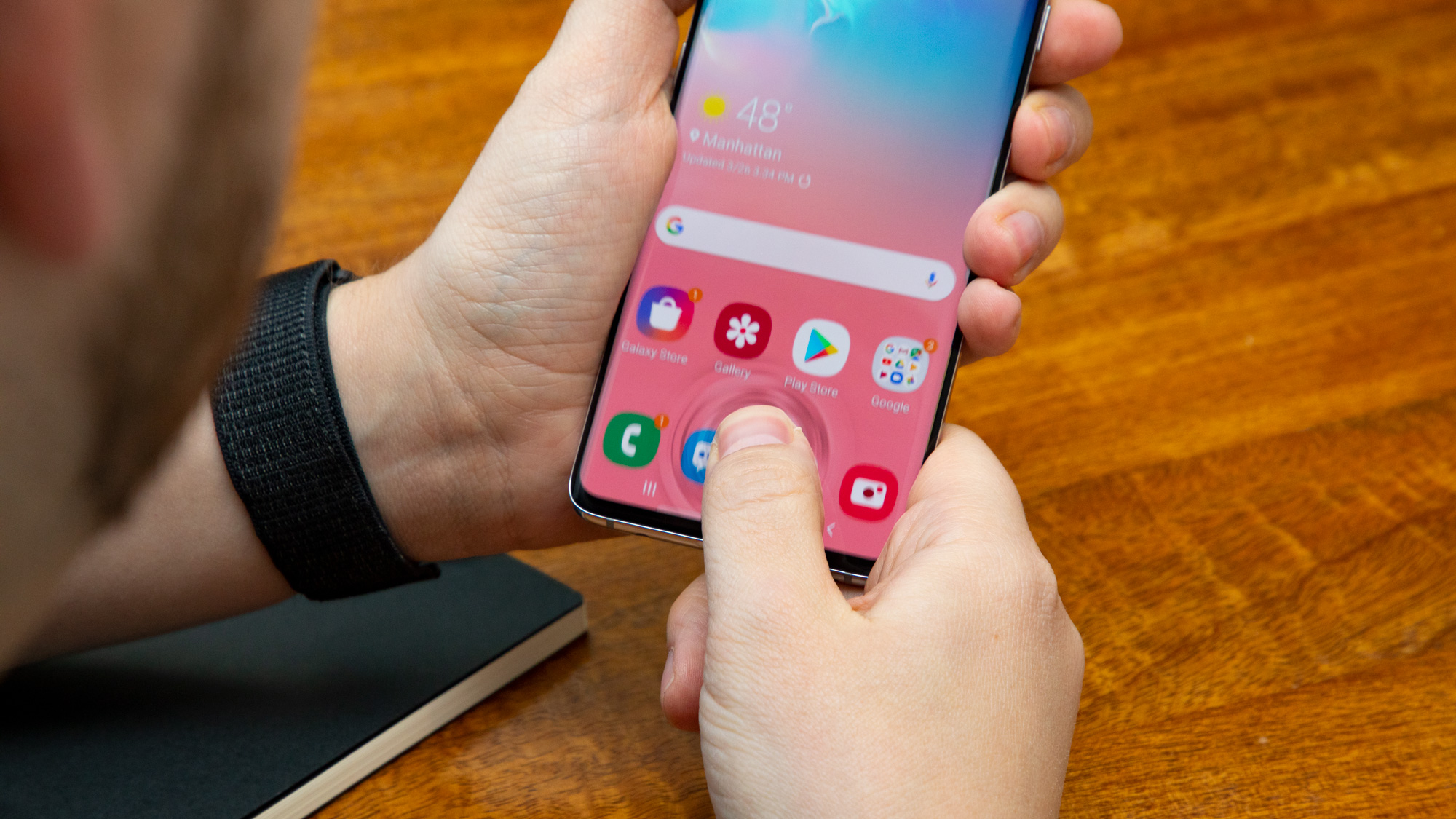 When it was recently discovered that Samsung Galaxy S10 handsets could be unlocked with any fingerprint if certain screen protectors were applied to the phone, the South Korean electronics giant promised a fix would arrive soon.

That promise has now been fulfilled, with a patch being rolled out globally, albeit in its home country first.

The latest range of Galaxy handsets uses an ultrasonic scanner that’s embedded in the display in order to read your fingerprint. One of the perks of this is that it should be able to read your print even when it’s soiled or wet, although this leniency has clearly caused issues.

A user discovered that her left thumbprint (unregistered on the device) could unlock her Galaxy S10 after applying a screen protector. The same was true for her husband’s thumb, and was replicable when using the same protector applied to a different S10 device.

Samsung is telling users to delete all existing fingerprints and to re-enrol them with screen protectors removed. This is because the phone was detecting the textured inner surface of some protectors (namely, silicon ones) as being the fingerprint itself, and hence authenticating whenever it was pressed.

As noted by Android Central, several banks in the UK have already blacklisted Galaxy S10 and Note 10 devices from being used to authorize payments due to the concern, and there’s likely going to be further investigations carried out, even once the fix has rolled out.

While South Korea has started to see the fix become available already to Galaxy S10 and Note 10 devices, there’s no specifics on when the rest of the world will see the same patch. In the meantime, we’d recommend deleting any existing fingerprints saved to your device and to use an alternative form of security, such as facial recognition or the trusty PIN code.

The difference between Defer updates, Pause updates and Delay updates — and ...