Dropbox rolls out file transfer service to all users 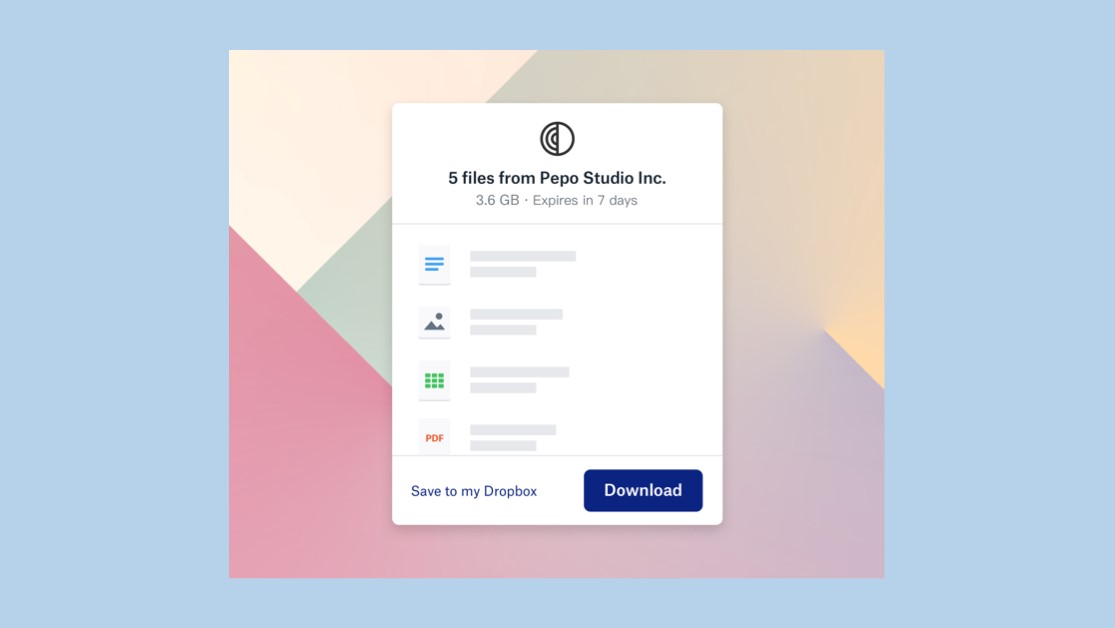 Following a four-month beta period, Dropbox is now rolling out its file transfer service to all users to allow them to easily share large files.

The cloud storage company unveiled Dropbox Transfer back in July and the new service provides users with an easy way to share files with others who they don’t necessarily need to collaborate with, such as when delivering a finished product like a video or a contract.

When using the new service, the sender is able to access key stats such as the number of times a link has been clicked on or how many times the files they’re sharing have been downloaded. With Dropbox Transfer, users can also choose to receive download alerts whenever someone accesses their files, set passwords for security or set an expiration limit so that a file disappears automatically after a set period of time.

Dropbox’s shared-links feature also allows users to set expiration limits and password protect their files but this feature is intended for situations where an end-user needs to be able to access files that change frequently while Transfer is better for one-off sharing.

Dropbox Transfer is available to users on all pricing tiers but the features available will vary depending on which plan you have.

For instance, the free tier allows users to share files up to 100MB which will expire after seven days. Paid users on either the Professional, Business Advanced, Enterprise or Education plans can set the expiration limit for their files to seven, 30, 60 or even 90 days and they will also be able to share files up to 100GB. Users with a Dropbox Plus or Business Standard subscription can transfer up to to 2GB of files at a time though they still have the same seven-day expiry limit.

Since unveiling Dropbox Transfer over the summer, the company has made several changes to how the service works. Users can now start a transfer from within Dropbox’s desktop and iOS app as opposed to just via the web and iPhone and iPad users can now access transfers they’ve been sent directly from their mobile devices.

WeTransfer and Mozilla’s Firefox Send both…

Cortana can now read emails out loud in Outlook for iOS